he “Monumental City of Cáceres” was declared by the Council of Europe as the Third Monumental Complex of Europe in 1968 (after Prague and Tallinn) and World Heritage by Unesco in 1986.

Cáceres also has other awards: Pomme D´or to “Tourism Merit”, awarded by the International Federation of Tourism Journalists and Writers in 1996.

The Archival Prize awarded to him by the Association for the Recovery of Historical Centers in 2004 and the Citizens 2008.

Award granted by the Association of Radio and Digital Television Entities, with the collaboration of the Citizen Audiovisual Council for the support that the Citizen Ship provided to the Candidacy for the European Captial of Culture of 2016.

Cáceres is also a member of the Roads Networks of Sefarad, of the Via de la Plata, being chosen by the Autonomous Community as cultural capital of Extremadura Enclave 92, and together with the solidarity effort of the administrations, prívate companies, official entities and prívate citizens, aspired betwen 2003 and 2010 to be European Capital of Culture in the year 2016.

The small streets in the historical centre have many small shops selling typical products.

Local liqueurs include cherry liqueur from the nearby Jerte Valley, or other original liqueurs such as chestnut and black berry

Other produce in the province include sheep´s cheese (Torta del Casar, is not made of goat´s milk, but with milk from merino sheep) 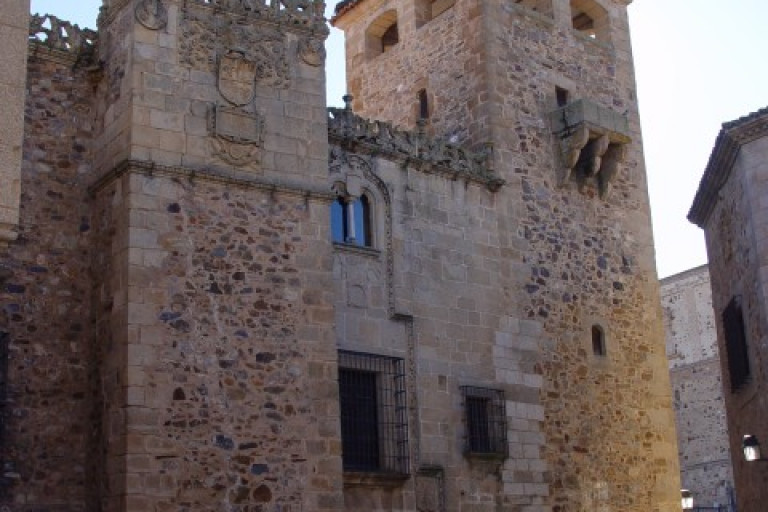 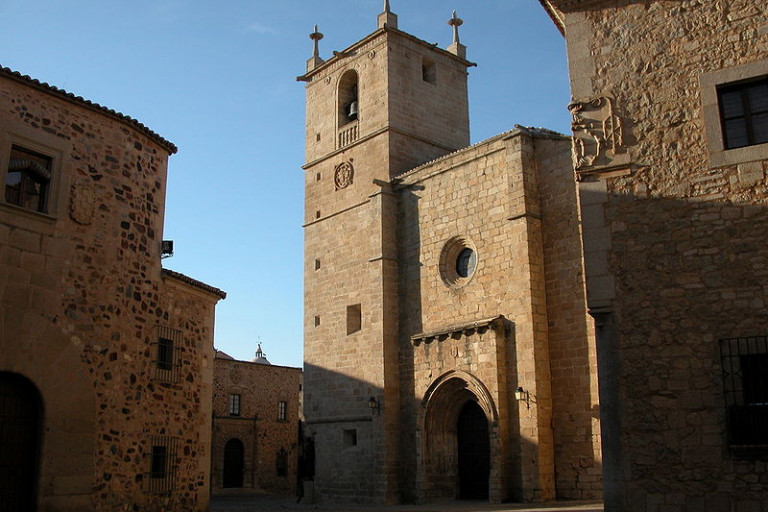 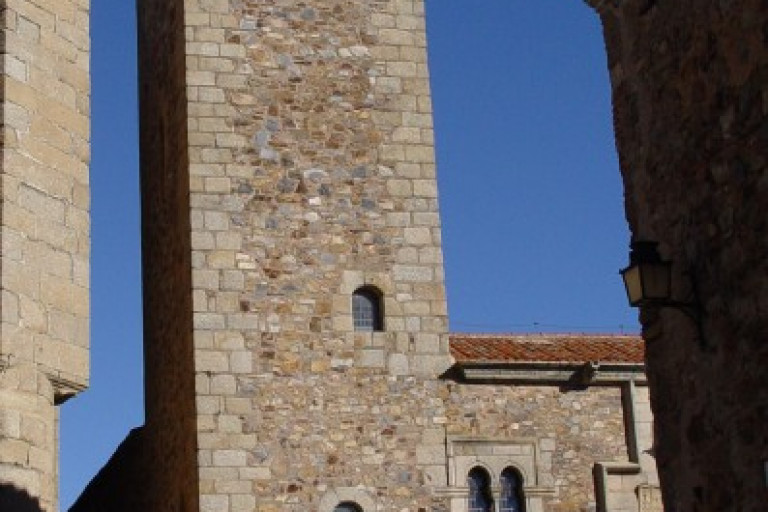 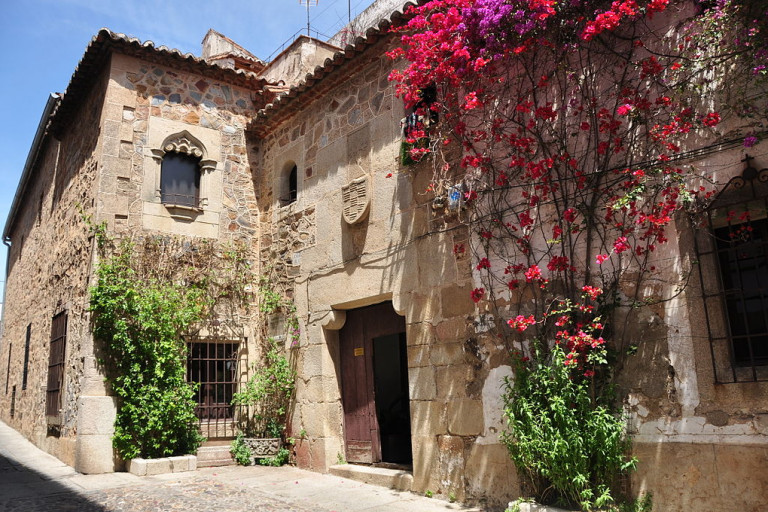 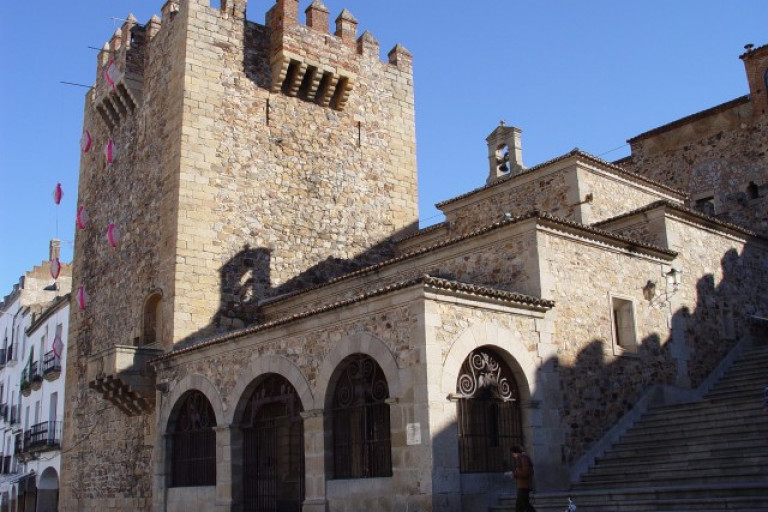 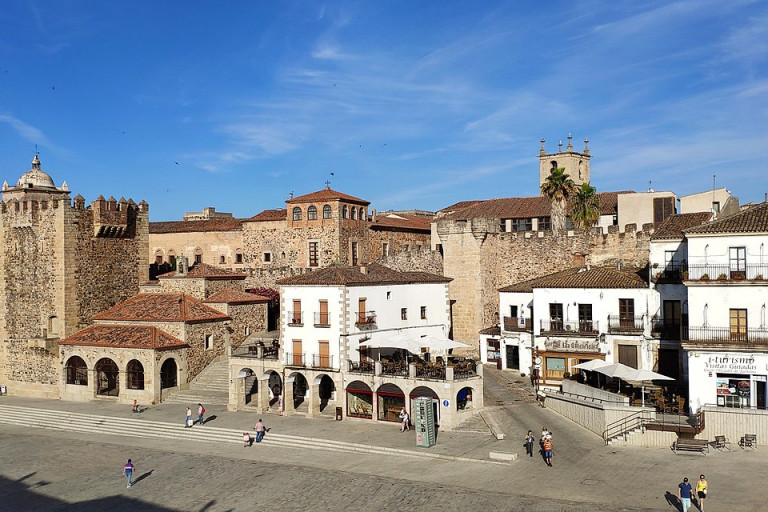 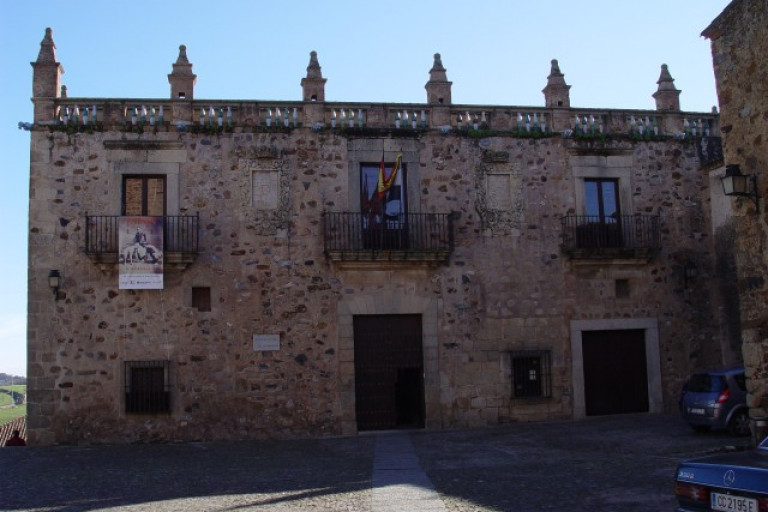